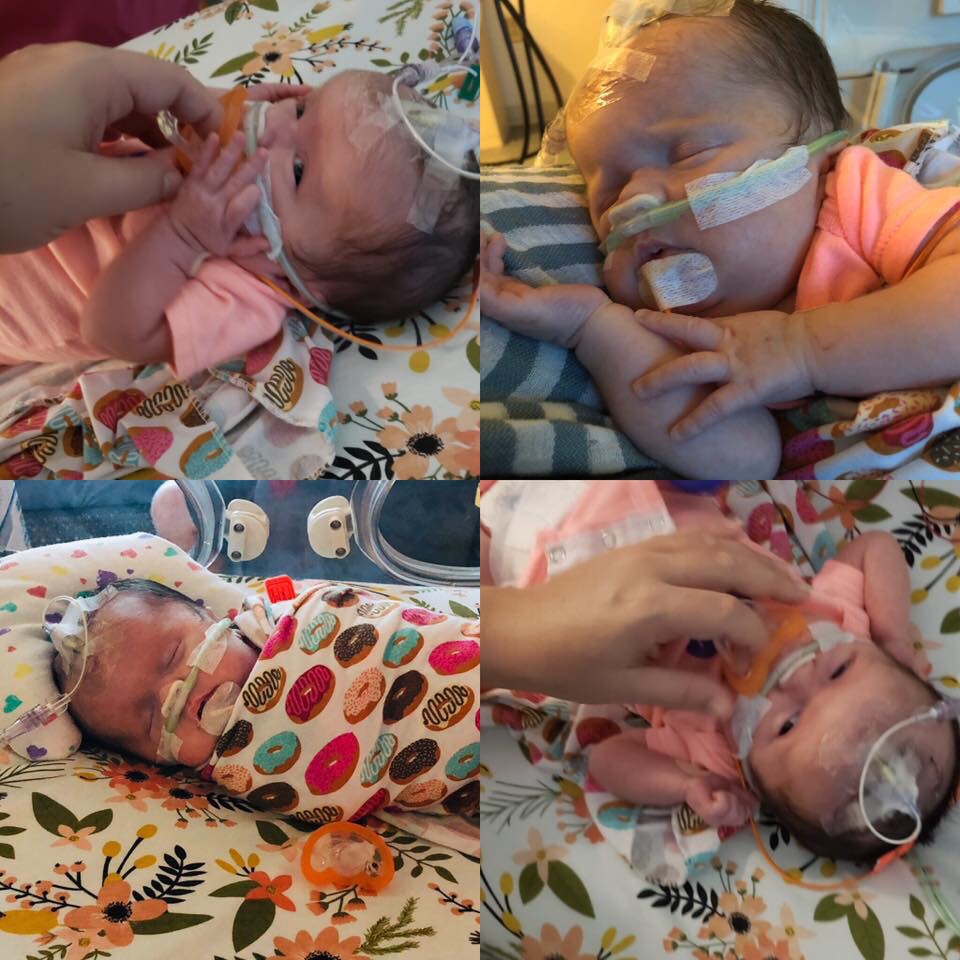 LENNYN IS MENINGITIS FREE. Culture of her spinal fluid ruled that out today! Now they know the type of infection that is in her blood, they have dropped her from 3 antibiotics to one very strong one. They have repeated cultures and from those results they will start her 7 day treatment (but still giving her the appropriate antibiotic in the meantime). 24 hours of antibiotics has made a world of difference. She’s pink. She’s getting pissed when you change her. She’s crying when you mess with her. She’s showing cues that she’s hungry (trying to eat her hand) and she is hungry because she’s been NPO since Friday. They just started her feeds again at 10 mls and will slowly increase her to full feeds as she shows she’s tolerating. No weight loss last night but we do expect some today because the fluids she’s on are coming right out and she’s retaining A LOT less. Yesterday she was just laying there. She didn’t do as much as move her fingers or toes. This is amazing. All of the neonatologist thought FOR SURE she had meningitis and were treating her as such. What a whirl wind this has been. She’s truly a miracle baby and the prime example of what #LennynStrong looks like. She’s still on the noninvasive vent but is breathing on her own in between what the machine is doing for her. Her blood gas looks good though so they’re only checking them every 12 hours now and will tweak her as necessary. Ultrasound on her head will be repeated overnight to assess fluid build up and neurosurgery will continue to use her reservoir to manually pull fluid until she is healthy enough to SLAY her surgery. We can’t thank St. Joes enough for catching this thing and acting so quickly. Infections in the NICU are absolutely no joke. Little girl, BIG WIN. Lennyn Army – prayers are working. She’s feeding off the positivity. Keep them coming. She’s got this!

LennynStrong is about resilience and beating the odds. Born 10 weeks early with a bilateral brain bleed and Hydrocephalus, our little lady has kept us on our toes. Follow our journey at lennynstrong.com View all posts by lennynstrong